The Chief Controller of RGCB, Mr. K M Nair succumbed to ill-health and passed away on 15th of December, 2015. 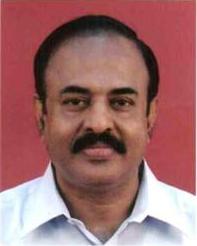 Mr. K M Nair, the former Chief Controller of Rajiv Gandhi Centre for Biotechnology, is no stranger to the executive, legislative or academic fraternity of India. It is very rare for an official to be equally regarded in varied disciplines in a short span of time. Mr. Nair was one of such few widely acclaimed individuals of today. It was, indeed, a great honor for RGCB to have had Mr. Nair as the Chief Controller of the institution.

Mr. Nair had an incredibly prestigious service record spanning over four decades comprising the offices of Assistant Collector of Customs of Trivandrum International Airport, Additional Director General of National Academy of Customs, Excise and Narcotics of Southern Region in Chennai, Additional Director of Enforcement Directorate, Lead trainer for the Ozone Depleting Substances Program of the UNEP and Chief Controller of Vikram Sarabhai Space Centre. He initially joined the Intelligence Bureau in 1974 and was selected to the 1980 batch of India Revenue Service (Customs & Excise). Mr. Nair had an extremely fruitful career, approved by the nation with distinguished accolades at various occasions including President’s Police Medal for Distinguished Service in 1996 and Finance Minister’s Medal for combating tax evasion and smuggling in 1986.

Having attained administrative autonomy under Department of Biotechnology in 2006, the management of RGCB had to undertake cumbersome steps towards wholesome development of the institution. Mr. Nair assigned his office in March 2013. In the short, yet extremely productive two and a half years, he could cast his signature of excellence in all administrative disciplines of the institution. His colleagues remember him as an ever-approachable and sensible person with great words of wisdom. He was always seen taking charge of both administrative and scientific events at RGCB during his tenure. He was known for his humility and principles of righteousness among staff and students alike.

The Director of RGCB, Professor M Radhakrishna Pillai expressed his heartfelt despair to have lost a dear friend and close colleague. With mixed feelings, he shared his joy and pride to have shared official duties with a man of such great esteem and how he had always looked up to Mr. Nair when met with administrative hurdles. RGCB regards this as a moment of incredible loss, yet tries to come to terms with the inevitable changes as wheel of time turns. With immense reverence, the entire RGCB team prays for his soul to rest in peace. 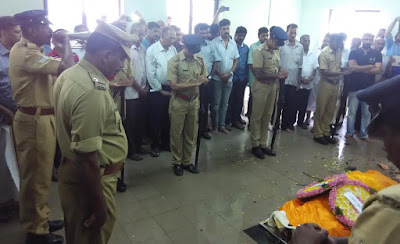 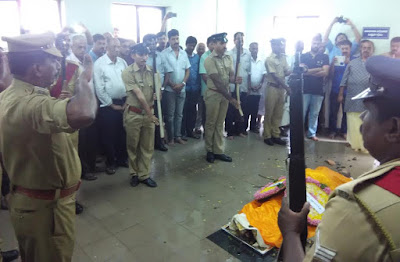 Government of Kerala offers Guard of Honor to Mr. K M Nair at his funeral on 19th of December, 2015 at Trivandrum.
Posted by Unknown at 10:46 AM